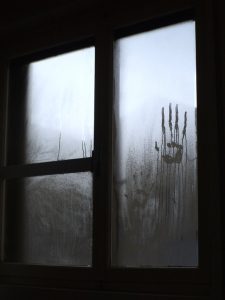 In a quaint suburb just north of Seattle lies the Bothell Hell House. The ghosts in the house are known to terrorize the residents using any method they can, from cryptic symbols written on the walls to holy books being set ablaze in the middle of the night. The haunts usually start small, with strange noises and small objects disappearing here and there. But they quickly escalate to life-threatening occurrences when objects are thrown across the room and smashed against the walls. These ghosts aren’t scared of anything; whether it be exorcisms are large parties, they’ll make their presence known. The only way to escape is to leave the house, and even then, your safety is not guaranteed.

It was 2011, and Keith Linder had just gotten hired as a software engineer at Microsoft. He was excited, having just landed a gig at the company’s corporate headquarters. He and his girlfriend, Tina, were ecstatic to move into their brand new place. They rented a house in the Seattle suburb of Bothell, just a few miles north of the city. The house was pretty new, having been built in 2005.

Things were going perfectly well, and the two were finally making it in the world. They were making friends, going to gatherings in the neighborhood, and generally enjoying themselves. After the first few months, they began to notice unusual happenings in and around the house.

Keith and Tina both began complaining about some high weirdness in their new home. It started small, with the sound of a baby coughing at night. They thought it was the neighbors, but it sounded like it was coming from inside the house. They searched, and found nothing, brushing it off at first. But the noise persisted. The hacking sounds of a sickly child constantly woke them up at night.

The coughing sounds were subtle, and for Keith and Tina, could be easily explained away by natural phenomena. Perhaps it was a cat? Or the house creaking as the temperature changed? But then things started to escalate. Belongings like car keys and silverware began to disappear. They would hear knocking noises in the middle of the night. The couple began to suspect paranormal activity, but as the house was only six years old, they thought there was no way that such a new house could already be haunted.

One night, their beliefs were confirmed. While sitting on the couch watching television, Keith and Tina watched in disbelief as their potted plant levitated a few inches off the ground, spun 360 degrees, and dropped back to the ground. Their new home was verifiably haunted.

After the potted plant incident, the hauntings took a turn for the worst. The couple was constantly woken up at night by loud bangs and crashes. Fearing serious structural damage to their home, Keith would check the attic and basement but never found the slightest hint of foul play.

The haunts became commonplace, and more violent, as time went on. Silverware and plates would levitate off the dining room table before dropping to the floor. Their potted plant levitated several more times, until one day it dropped to the ground, shattering on impact. Doors began to open and slam constantly, and objects were being tossed around the house at random. Sometimes even sharp objects like scissors or kitchen knives were thrown across the house and would get lodged in the walls. Electrical issues were becoming frequent, and one day all the lights in the house exploded simultaneously.

Things started to get dark, almost satanic in nature. The couple would come home to strange runes and symbols written on the walls. Neither Keith nor Tina were particularly religious, but they owned a few bibles. They found different copies of their bibles torn apart on several occasions, with the pages strewn across the house. One night, while the two were about to go to bed, the fire alarm went off. They rushed into the living room to find their last remaining copy of the bible on fire. The haunts were starting to threaten their lives.

Keith and Tina felt backed into a corner, but they were still living their lives. They still wanted to carry on a normal social life, even in the midst of being terrified by some unseen force. They decided to throw a party, inviting their friends and several people from around their neighborhood. The gathering went well, but the evil spirits were undeterred by the festive atmosphere. The guests complained that they were being touched and grabbed by an unseen force. Some were shoved around while having a drink. Others had their hair pulled. The party was a bust. They knew it was a wrap when one of their last potted plants levitated off the ground and was thrown across the room, in full view of the guests.

Keith and Tina knew that it was time to call for professional help. They hired an exorcist with the hope that they would bless the home and rid them of the evil spirits. The exorcist warned them that it might not work, or worse, the ritual may exacerbate the spirits. They decided to give it a go anyway. The exorcism worked, but only for a few days. The hauntings resumed once the magic wore off.

The couple decided to call professional ghost hunters. They reached out to the Travel Channel’s Ghost Adventures for help. They agreed, being especially interested in the demonic drawing scribbled on the walls. They spent five hours investigating the house, using EVPs to pick up electromagnetic pulses that normally signal the presence of ghosts.

They didn’t find anything, though the Bothell Hell House was featured on an episode focusing on haunted occurrences around Seattle. Keith fell into a deep depression. The Ghost Adventures investigation had him feeling like he was going nuts. Was it all just in his head? Keith knew better. He called Don Phillips, a renowned paranormal investigator from the UK. Phillips was intrigued by Keith and Linda’s story and hopped on the next plane for Seattle.

Where the crew from Ghost Adventures spent a mere five hours in the Bothell Hell House, Phillips stayed for nearly three weeks, determined to find evidence of the hauntings. He found what he was looking for. Using several recording devices, Phillips captured over 400 audible recordings of the ghosts, 28 of which were direct responses to their questions.

They even made contact with the apparitions directly. The main poltergeist was that of an elderly woman. She had a disheveled appearance. Her hair was scattered, and her clothes were torn. Her emotions were a mix of confusion, fear, and anger. They also made contact with the ghost of a small child, who was presumably the child who was coughing at the beginning of their stay.

While Don Phillips, Keith, and Linda haven’t disclosed who the ghosts were or where they came from, they finally got to the bottom of the hauntings. According to local historians and paranormal experts, the hauntings could be tied to an Irish settlement that existed on the land over a century ago. The families buried their dead nearby, possibly creating the ghosts that haunted the Bothell Hell House.

In 2016, after over four years of terror, Keith and Linda decided to call it quits. Not just for the Bothell Hell House, but with each other. The hauntings had torn into their personal relationship. Despite the hauntings, Keith was able to find a new tenant for the Bothell Hell House. It only took a few weeks. According to the new residents, paranormal activity is still occurring in the home.

Keith moved into another apartment, but he says that the ghosts from the Bothell House still haunt him. It’s almost as if they’ve followed him around, and he even says that he’s permanently traumatized by the hauntings. He’s since written a book about his experiences, called The Bothell House: Poltergeist of Washington State. Don Phillips also created a documentary about the encounter, called Demons in Seattle Uncovered.

The spooks at the Bothell Hell House are terrifying, no doubt. But Seattle is full of ghosts and spirits that haunt the city just the same. The University Heights Center is a wonderful community center that brings art and education to the children of Seattle. But the building is haunted by several ghosts, including the spirit of a troubled young boy named Brian. Martha Washington Park was once the site of a girls’ school, where the students were subjected to horrifying experiments and abuse at the hands of the school staff. One girl was even murdered by the janitor. While the girls’ school has long been demolished, the ghosts of the former students still haunt the park, bringing terror to bullies and abusers and while bringing comfort to troubled teen girls. Want to see more Seattle haunts? Check out the top ten most haunted spots in the city right here!