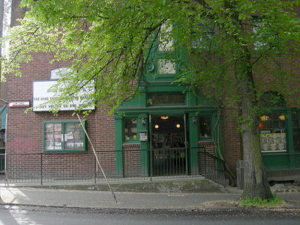 This building would be established in the earlier part of the 1900s. It was built and had gone right to use. The building was first used as a Women’s Century Club. However, there is a much darker story to this three-story building than you would think. There are many things that surround this theatre that make it more than just a theatre. Let’s take a look. 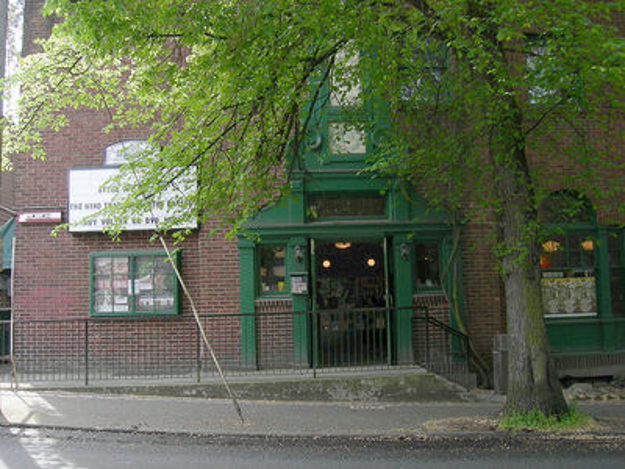 The Harvard Exit Theatre was known as a twin cinema. It was the only one that you would find in Seattle at the time. The building would be finished in 1925 and house a Woman’s Century Club. When the club first started there were about 350 women meetings. This club still meets to this day. They still meet in the building on the third Friday of each month. They will gather around noon to meet. The theatre would have to put away straws, movie flyers, and even plastic lids for their cups so that the woman could pretend that it was still the 20s.

This building would host many events for clubs and the community until the late 60s. The building was then sold in the year 1968. The only reason it was sold was under a condition. The condition was that the lobby would not be altered. The lobby remains the same to this day and this condition has not been broken. It was also converted into a cinema in 1968. This was done by Art Bernstein and Jim Osteen. It was during this time that people claimed that this area was haunted by a woman. People claimed that this woman would be wearing clothing from the twenties. However, reports of this woman would not occur after 1987. The theater would be owned by Harvard & O’Steen Investments. It was operated under Landmark Theatres until 2015. The theatre was in business for forty-seven years before it was shut down. It was sold then sold and then purchased by a developer named Scott Shapiro. He had purchased the area and turned it into a restaurant and office space. Scott Shapiro owns Eagle Rock Ventures. This company had invested in the development of the building. To this day Scott doesn’t reveal how much renovations have cost him to turn this three-story building into a beautiful office space. 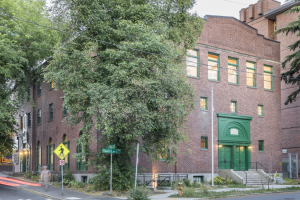 Today, it is an office space. These are the reasons in which Scott Shapiro has chosen this building and location for his space. It is in a great location and there are many amenities nearby. This means that it is easier to access than other areas. Plus, they can avoid heavy traffic during busy hours of the day.

The renovation of the building would be a shell. The original structure is still there, it just is underneath everything else. However, all existing windows and light fixtures would be removed and updated. The large ceiling beams would be left there. This historic renovation would need to meet federal standards for electrical, seismic, water and sewer, and life-safety. They would need to update all these areas before doing anything. Plus, they added an elevator that was not previously there.

People state that this is a beautiful place to work because it is a historic building that has a lot of history even though it has been renovated. The ballroom that can be found on the third floor is not a workspace. It is a different type of workspace that you do not see in normal offices. This building has undergone renovations, however, it is still a little bit the same. 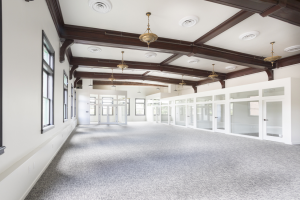 The Story Behind the Theatre

Anyone who has lived in Seattle knows the story of the Harvard Exit Theatre. Most people who don’t even live in Seattle know the story. Keep in mind that all stories are different and will vary. We are going to talk about the one that most people know and love.

John Cook had moved to Seattle in 1995. The first job that he had gotten was getting popcorn and taking tickets in the theatre. He loved working there. He stated that the building had a historical feel and it attracted amazing people to the place. Plus, there were great coworkers as well. Cook states that this is and always will be one of his favorite places to work. He stated that while he worked there, he had never seen a ghost. People believed that they would see a ghost appear occasionally.

This is not the thing that haunts this man to this day. It is the fact that the building would be turned into office spaces and closed. However, he states that this is the story for many people who have worked here or even visited the theatre during its operational days.

During its early operational days, the theatre was known for having above-par taste in many films. This included independent and foreign films. These films would line the staircase of the theatre. This was almost an art-piece of its own.

During the earlier part of the theatre’s operations, it was a Century Club. It is said that one of the women who was a member of this club had hung herself. She supposedly hung herself in the lounge located upstairs. People believe that she now haunts the entire building. Many people would visit the theatre just to see if there was a ghost. There was even an instance that a woman would dig in the basement walls because she believed that there was a skeleton down in the walls of the basement.

One man had come in and seen a movie about a ghost. He had taken a photo that was taken of an employee. The man had the photo addressed to a lady who would not tell him her name. This was weird because all employees would wear name tags. The picture has a girl that stands in the window. People who are photographers claim that this photo is really weird because it is over-exposed and under-exposed at the same time. There are ghost tours that stop at the theatre weekly and would ask if there was any activity. Most people would claim that they have never seen any activity. However, some people would have some weird experiences. Electronics would have some weird times working. Plus, many of the employees would steer clear of the lounge located upstairs. The employees would never be able to tell others why they didn’t like the lounge, they just didn’t.

You may also hear about a male that can be seen on the first floor. He is said to have half a solid body and half is clear. His clothes are known as aged. This ghost is known as Peter. He loves to joke around and is very social.

It is also said that there is a spirit of a female. She seems excited and she comes and goes as she pleases. This is the woman who is dressed in Victorian-era clothing.

There are many unusual events that have happened and continue to happen to this day. Take a visit for yourself to determine if it is truly haunted or if it is just a legend.

Some people like this building because it houses several structural mysteries. There is a sub-basement. This is located below the main basement. The main basement would hold ice cream and soda that was extra. This basement would hold a furnace that would not be operational. This was a large furnace. Rumor has it that the ice-cream parlor that is located in the building next to the theatre was a speakeasy during Prohibition. When the police came, the people of the building would go to the basement of the Harvard Theatre through a tunnel.

There is also another mysterious thing in the building. The second floor had a shower. However, this shower would have a urinal in it. Another mystery was a room that had been hidden by a staircase. It is no longer there due to fire codes. People discovered this room by peeking into a small hole they found in the drywall. There was a small window in the room and it had furniture. The furniture is still inside the room, however, you are unable to access it due to safety reasons.