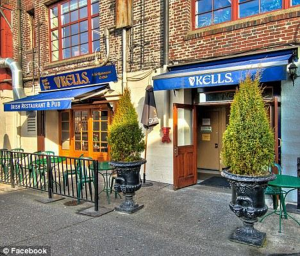 This is not your average restaurant or pub. While it is a great place to get a drink and a nice meal, there is something that you may not know. This pub is located in the Butterworth Building. This building was once used as a mortuary and the entrance to the restaurant is where the dead bodies would come in. With so many dead bodies in and out, there are bound to be some juicy paranormal stories.

This building would be the first building established as a permanent mortuary. It was the first place in the city that would offer services related to death. This included the sales of coffins. The building would also feature an elevator which would be the first one on the West Coast. This elevator would be used to help transport the deceased bodies. The newspaper during this time called this one of the most competed establishments of the kind throughout the nation. The building still stands to this day and has beautiful hardware, glass, and stained mahogany.

The building would have a few floors. The upper floor would have three flats for the employees to utilize. This would have a separate entrance that was located at the southern end of the building. The floor below this would have a showroom. This would be for coffins. There was a separate showroom for coffins in children’s sizes. Another room would have burial garments for women. There would also be another room for consultations. The main showroom that features adult-size coffins would be shown at Elliot Bay. The building would have 35 caskets in 1904. They would range from twenty-five dollars to two hundred dollars. They would have many garments as well that would range from four dollars to over one hundred dollars. The price range was to help serve the poor and the wealthy people of the city. The policy of the building was also to allow the family to remain with their deceased between the time they were put into the coffin and burial were allowed to use a private room in the building. This was not able to be charged.

The main floor of the building would face the first avenue. This floor would have morgues, private offices, and the embalming room. They would also have a room designated for utensils. This would have everything from pedestals to beds. You could get to these rooms from the main entrance of the building. There was a separate door that would lead you to the funeral chapel. The main floor could hold 150 people and the balcony could hold 50. There was a separate balcony for the choir. The first floor would also have another room for their best caskets. In 1904, the highest casket in this room would cost almost nine hundred dollars. This showroom was for the wealthiest families that Seattle had to offer.

The floor below the main floor was still above ground. This contained fireproof vaults. This would allow the bodies to be stored for long periods of time. This was a much-needed item during the time because it took people a long time to decide what they wanted to do with their deceased family members. Plus, this was the only place in the city and much of the United States that offered these services. The basement, where the pub is located, was once a housing unit for their heating services. It would also house stables and the funeral wagons that were used. 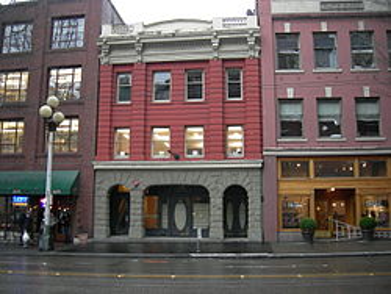 Before this was a pub, you know it was a mortuary. This mortuary was built for the many dead bodies that were produced during the beginning of the 1900s. There were many deaths caused by mining accidents, violence, and plague. It is said that the bodies that arrived here were patients of a doctor named Linda Hazard. She believed that you would treat any disease by starvation. She would starve all of her patients. They were only allowed to have thin broth. Plus, she also gave them enemas regularly. 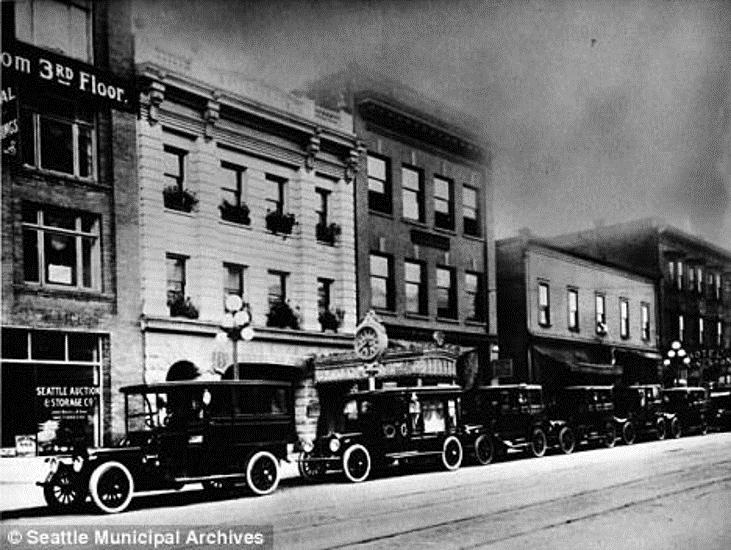 It is said that a piece of this dark history as attached and clung onto the new establishment. This means that the pub today is housing many spirits and it is haunted. It is said that ghosts are attached to the good vibes that the bar gives off, after all, young people are living life to their fullest. Ghosts love to soak up this positive energy.

It is said that there are two ghosts that are considered regulars. The first is a little girl who has red hair. She is a prankster and the guests know it. She will play pranks on adults, however, she really wants to play with other children who enter the restaurant. During the daytime, you are allowed to have children inside the pub. This is when the little red-headed girl is very active. This little girl has been known to manipulate things and even make toys for other children. No one knows exactly who this little girl is, however, it is assumed that she is one of the many children who had died in 1918 from the flu. This girl is only looking for someone to play with. She isn’t dangerous.

The second regular is known as Charlie. He is known to pop up and manifest the Guinness mirror and then will disappear. When bands are playing is when Charlie appears most often. You know that it is Charlie because he is an older man who can be seen wearing a derby hat. He is a happy spirit that is only there to soak up the positive vibes that the bar has to offer.

It is said that there are many other ghosts lingering in the pub, however, the two mentioned above the ones who make themselves known most often. With that being said, there are some crazy things that happen in the bar as well.

People have seen glasses slide off the bar and table even if no one is around. Mirrors will shatter randomly and plaster will fall off the walls. These are all things that happen when you enter Kells Irish Restaurant and Pub in Seattle.

The pub was once a well-known mortuary for Seattle. It was one of the first in the United States. That means there were a lot of dead bodies and spirits in and out of the place. Some of the spirits have never left and those are the ones that you see and hear about today. From the little red-headed girl and Charlie to many others. Keep in mind that these ghosts and spirits are only soaking up positive energy. They are not looking to harm or scare you. In fact, the little girl is only looking for someone to play with. She is just a kid after all.