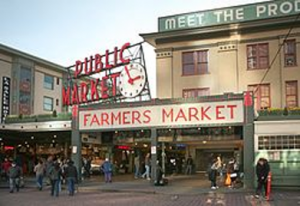 This is a well-known area throughout Seattle. People come and go all the time. The farmer’s market is still operational today. The first time this was used for a farmer’s market was back in 1907. People know this place because it has high-quality produce and handmade products. It is one of the best places to go for food, however, it also has a darker secret behind its beautiful produce. 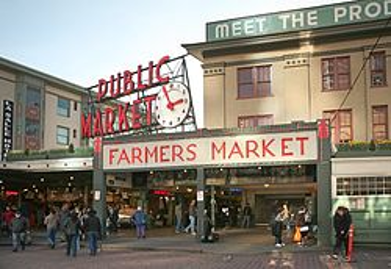 What Is Pike Place Market?

It is a market that is available to the public. It overlooks the water in Seattle. It was first opened back in August of 1907 and is still operational to this day. It is the oldest public market to operate as long as it has. This is not only for the city but also for the country as well. Many people will perform small business in the market. Farmers, merchants, and craftspeople are all welcomed to sell their goods. It is named after a street in the town. It is such a popular place that it has over ten million people visit the area each year. This is such a popular tourist attraction that it is the 33rd most visited attraction on the globe.

You can find the market on a steep hill. This hill has several levels that you can find below the main level. Each level is unique and has different shops and restaurants. It also has one of the oldest shops in Seattle as well. The upper level has the produce stands and fishmongers. There are even craft stalls that have arcades! The locals will sell their items all year long because they can rent tables from the arcade.

The market has about five hundred people who can be found within eight different buildings. In the past these areas were for low-income housing, however, they are now used by the market for selling produce.

Before the farmer’s market was a thing in 1907, the local farmers would sell their items in another area. This area was only three blocks and it was known as The Lots. You can find this at King Street and Sixth Ave. Most of the produce that was sold here would be brought to wholesale houses. These houses could be found on Western Ave. This would soon be known as produce row. Most of the farmers would have to sell their items through wholesalers who worked on produce row because of the time they had to take to run their farms. The farmers would then get a percentage of the items sold. The farmers would sell their produce to a middleman who was commissioned. This happened because farmers did not have the spare time to sell it themselves. The middleman would get paid by upping prices and selling items. In most cases, farmers barely broke even. This means that they barely got any money selling their goods this way. Plus, there were a lot of rumors that people were not paying the farmers as they should have been paid.

After this situation, farmers began to become more vocal and consumers grew vocal as well. This caused Thomas Revell, the city councilman, took advantage of this. He would be able to designate some land for public markets. This was the area above the bay. The previous food houses would be turned to the planked road and renamed Pike Place. On August 5, 1907, the council would vote to make this a temporary market for the farmers.

It was on August 17 of 190 that Charles Burnett Jr had cut the ribbon for the market to open. Again, there were a lot of stories about corruption. There were many rumors that farmers would pull their wagons to a boardwalk near a hotel. This would cause low turnouts for many farmers. This is because these men were going to buy produce ahead of time to ruin the market. There were even violent threats made against farmers from the commission men. This made the market fail because farmers were scared of the commission men. With that being said, hundreds of people would arrive for the opening day of the market and all farmers would be sold out by noon.

December 14, 1941, was when the bombing of Pearl Harbor occurred. Keep in mind that many of the farmers that were selling their produce in the market were Japanese-Americans. In fact, four-fifths of all the farmers were Japanese-Americans. It was in 1942 that Roosevelt had signed an executive order. This means that all Americans who were of Japanese descent would be in an exclusion zone. This would mean that most of the West Coast and southern parts of Arizona would be internment camps. Many of their assets were frozen and it was very difficult for these people to survive. Many of the people were dispossessed.

Pikes Place Market was once thought of being demolished to replace with Pike Plaza. It was suggested that this plaza would include apartments, offices, parking garage, hotel, and even a hockey arena. The mayor had supported this proposal and so did many people on the council. However, many people in the community did not agree. It was in November of 1971 that this area was preserved as a historic site. The market would then be returned to the hands of the public as well. There was a group created by the city to help run the market. All buildings in the market’s area were restored during the 70s.

The market is supposedly home to many different people and not just the vendors. There are many spirits or souls that are said to haunt this area. These are restless spirits.

One of the most popular is Princess Angeline. She was the oldest daughter of Chief Seattle. She was part of the Duwamish tribe and her name was Kikisoblu. However, the settlers of Seattle called her princess. It was in 185 that all the Duwamish Indians had to leave the land they had and go to reservations. Princess Angeline did not follow these orders and remained in the city. She would pass away at the age of 85 and have a beautiful funeral. However, it is said that you can see her at the market to this day. The market was built where her cabin had used to be. This is where she can often be seen. 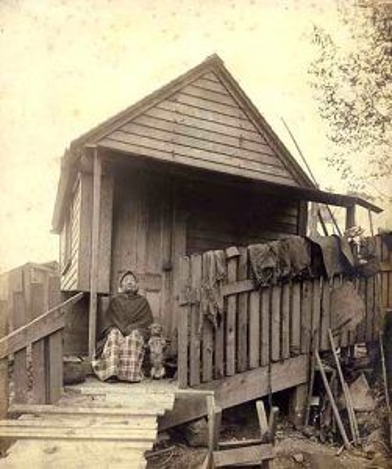 Another spirit that can be seen is that of Arthur Goodwin. He is the nephew of the developer of Pike Place Market. He had helped his uncle, Frank, develop the market in the earlier days. Arther would be known as the director of the market. He would often be seen in the office which is now the library. People will often see the silhouette of Arthur looking down from the window of the library. You can even see him swinging a golf club where his old office used to be.

Several other spirits are said to dwell here. One of them is that of Fat Lady Barber. She walks around at night and was known for singing customers to sleep. When they would sleep, she would take their money or valuables that were in their pockets. Before there were any renovations, the woman would fall through the floor and she would unfortunately die. Today, people who are cleaning the market state that they can hear the sound of someone singing lullabies when no one else is there with them.

There are also reports of a little boy who is still roaming the market as well. This boy is believed to be the boy responsible for hoarding beads in the wall to play with. This little spirit is known to play with the puppets at the shop and open and close the register as well. 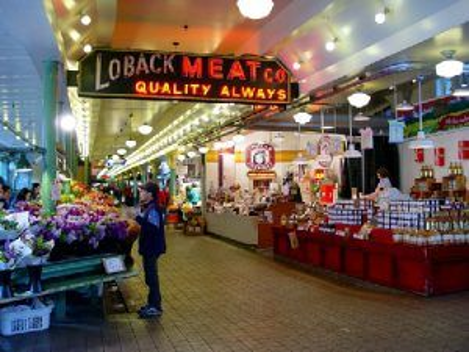