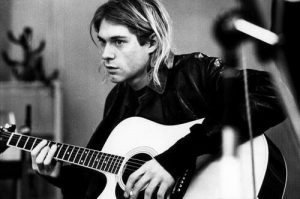 Seattle is known for its weird and grungy ways. It’s why the city has the cult-like following that it’s known for. Nowadays, Bezos and his high-tech bros have all but gentrified the grunge out of Seattle. But it’s still there if you look for it. Re-Bar is a tiny lounge in the Downtown/Capitol Hill area. Although it’s towered by the nearby high rises, the regulars party hard, making Re-Bar the loudest spot on the block. Re-Bar is etched into Seattle history, even hosting Nirvana’s release party for their album Nevermind. Over the years, the venue has become home to artists, goths, punks, and party people who just want to jump headfirst into a dive bar. But aside from being one of the city’s coolest bars, and a long-held safe space for the LGBTQ community, Re-Bar is also quite haunted. Nearly a century of history has left behind quite a few ghosts. While the spirit of an old-school leather daddy parades around during closing time, the spirit of one of the early building owners makes herself known here and then. Both are quite mischievous, if not boisterous, with the patrons. If you hang at the Re-Bar near closing time, expect to be mocked, laughed at, or pushed aside. Some of Re-Bar’s ghosts are more solemn, like the ghost of a woman who spends her time sobbing on the west side of the bar, and a man who is heard whistling in the restroom after the patrons clear out.

Before the building at 1114 Howell was built, the site was occupied by a boarding house and a relatively unremarkable cafe called Pete’s Coffee Shop. During those days, death and hard times cast a hazy shadow over the building. French civil engineer Francois Duval died in the building while sitting in a rocking chair. Another tenant was known to sell resurrection plants, plants that seem to come back from the dead, as an attempt to make a living. Pete’s Coffee Shop was also rife with burglaries and drunkards wreaking havoc.

In 1930, Pete’s was torn down, and a new building was erected. The new building went through a number of owners before becoming the Night Hawk Tavern, known simply as the “Nite Hawk” to Seattle locals. And so began the building’s long history of creating a place for Seattle’s LGBT community. The Nite Hawk mainly booked cabarets and entertainment geared towards the city’s gay nightlife. In the mid-1970s, the building hosted a venue called Thirsty’s, which was very similar to the Nite Hawk, though with a much dirtier name.

Thirsty’s became Axel Rock in the 1980s. This time, it was a dance-driven venue made to attract the gay club scene. Alex Herbin and his partner, Rick, also known as Axel and Rocky, ran the club with a vengeance. Sadly, they were blindsided by the AIDS epidemic, like many in the LGBT and Black communities. Axel passed away not too long after his diagnosis, and Axel Rock closed down.

Despite the mounting tragedies, the AIDS crisis didn’t stop the people of Seattle. Axel Rock became the Sparks Tavern, also known as the S. The S was a gay and lesbian bar that took the tradition of cabarets and took it to a whole ‘nother level. They held full-length plays inside the bar, such as Doric Wilson’s Street Theatre. The gay activist and playwright actually made his Seattle debut at Sparks.

In January of 1990, Re-Bar moved in, marking the beginning of an era. Only a few months after the opening, Nirvana chose the bar as the place for the release party of Nevermind, one of the most critically acclaimed albums of all time. In a very rock and roll fashion, Nirvana was kicked out of their own release party after getting too drunk causing a ruckus at the bar. The band members began ripping posters off the walls, started a food fight, and smashed several bottles of Jack Daniels on the floor. Needless to say, the party launched an entire genre of music, and the city of Seattle, into the limelight.

Re-Bar became the spirit of Seattle in a few hundred square feet. The bar kept on as a safe space for Seattle’s LGBTQ community, while also attracting droves of goths, punks, hipsters, and all-around misfits. Some people couldn’t tell if it was a really straight gay bar or a really gay straight bar, and that’s exactly how everyone wanted it.

Re-Bar was also the place where Dina Martina started her career. The drag queen comedienne now plays shows across the country, and the world. The venue is also famous for the Seattle Poetry Slam, one of the longest-running active poetry nights in the West. While the Re-Bar is currently closed due to COVID, they expect to reopen in Spring of 2021.

Ghosts of the Re-Bar

The staff and regulars at the Re-Bar know the big secret. The bar is haunted! After a century of history, the ghosts and spirits have opted to stick around for the good times and wild parties at the hole-in-the-wall dive bar. Several spirits are known to haunt the Re-Bar, and like the patrons, they just love to be seen.

The first ghost one might notice is that of an old school 70s leather daddy. Clad in black leather kinkwear, he isn’t at all the shy type. He tends to appear and vanish as if he owns the place, marching around the bar without a care in the world. He tends to bump into patrons and push them out of his way. Nobody knows where he’s going, but he’s always on a mission. Sometimes, he will simply walk through someone. Patrons have complained of a dizzying whoooosh sound as the leather daddy walks on by.

The spirit of a woman from the 1930s is also seen around the bar. She is said to be one of the building’s original owners. Though she’s seemingly small and frail, she is quite boisterous. She is known to startle the guests, then mock them when they jump in fear. One staff member, in particular, had her appear right behind him, scaring him to high hell, then laughing at him afterward. She then disappeared into what he described as a “light portal.”

Another ghost story is about a woman who was an alcoholic, who would often come to the bar to sulk sometime in the 1940s. She lived an overall sad and unfulfilling life, and repeatedly scolded and lectured other bar patrons. Today, her ghost is periodically seen sobbing on the west side of the bar.

There’s also the spirit of a strange man in the men’s restroom. He’s usually heard whistling in the bathroom stalls after closing time. Strangely enough, nobody’s ever actually seen the ghost. Whenever the staff go into the restroom to look for the whistler, they find the stalls empty.

Want to learn more about the haunted history of Seattle?

Seattle is known as the Emerald City. The forests, the ocean, the wildlife; the city truly is a gem. Nowadays, it’s known as a tech hub and coffee roasters paradise. But the city is also haunted! Yes, Seattle is known for its ghosts, leftover from centuries of history. Check out the spooky Seattle Underground, built after the Great Seattle Fire of 1889. The old bank and a former brothel called the Oriental Hotel are the main haunted hotspots. Edward was the teller at the old bank, and he was shot in a robbery way back when the Underground was still above ground. Tourists have captured numerous photos of Edward, and his voice has been recorded by an EVP. Swing by the Arctic Club Building! The hotel was once a social club for Alaskan explorers as they made their way to and from the cold north via Seattle. The building also served as an office for bizarre Congressman Marion Zioncheck, who eventually committed suicide when he jumped out of his office window on the 5th floor. Zioncheck’s ghost is still said to haunt the building, often seen hanging around the halls near his old office. The elevator even randomly stops on the 5th floor, enticing guests to take a ghostly stroll. Spend a night at the Hotel Ändra! The building once held apartments for the well-to-do during the Great Depression, and they were known for throwing loud parties. Today, the Scandinavian-inspired hotel draws visitors with its quaint furnishings, but it’s still quite haunted. The ninth floor is where all the action happens. Guests claim to hear the sounds of a raging party, but they can never find the origin of the sound. Jazzy piano music has also been heard, but that too is a mystery, as there’s no piano on the ninth floor. Levitating objects have also been seen in the lobby of the hotel. Want to learn more about the haunted history of Seattle? Then read up on the top ten most haunted spots in Seattle right here!