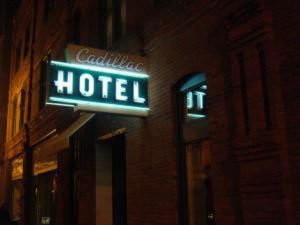 This hotel has a long history with the city. It has been in the city since 1889 and would house many people who had lost their homes due to the Great Fire. The people who stayed here were often less than reputable. However, after many years of temporary housing, the upper section of the hotel would be cut off. This had to be done due to new fire regulations. Many people have come and gone through the hotel since its origin, and that leaves us with some juicy paranormal activity to share with you. 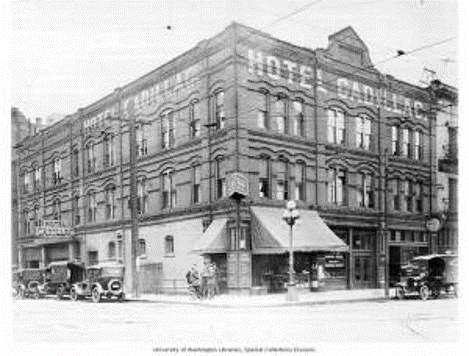 The building would be finished in 1889. Keep in mind this was built after the Great Fire. It was also one of the first hotels and buildings to be built after the Great Fire. This building would be designed by a man named James W. Hetherington as well as Clements. The hotel would be part of what is known as Wittler Block. This block was featured in the original district in Seattle. The first commercial district would be known as Wittler Block at this time.

The hotel would open as the Elliott House in 1890. It would then be converted to Derig Hotel from 1891 to 1904. This hotel would have fifty-six tooms. Plus, during this time, it would also be known as Star Lodge. Star Lodge did not stick very long because, in 1906, there would be a new owner. It is at this time that the hotel would be named The Cadillac Hotel. It would also have three more rooms bringing the room count to fifty-nine.

The hotel catered to men who had worked in shipyards, fishermen, loggers, and railroad workers. In fact, most of the time it was operational, it would serve as a hotel for working young single men. The hotel would also offer them cheap rooms that would only cost a maximum of fifty cents per night. The front side of the hotel would face the second avenue. The first floor of the building would offer several businesses. This would include a bar, drugstore, and even lunch counter. There would also be several restaurants that didn’t cost that much either.

It was in the latter part of the 30s that this square, Pioneer Square, would start becoming part of a despaired area. The historic buildings were becoming rundown, and most of them would be abandoned. This is because most of the businesses would move to a newer and better part of the city. This area was more developed and could be known as Downtown Seattle. This was before this region was known as a historic district.

The hotels and other buildings in the area had a rough time on March 20th, 1970. An arsonist had decided to set two different fires at Ozark Hotel. These fires would claim over twenty lives. This is just another tragic incident that has taught us what we know today. This incident would inspire what is known as the Ozark Ordnance. This made it a mandatory law to have sprinkler systems on the upper floors of their buildings.

Most of the Pioneer Square was in financial trouble and would not afford to install sprinkler systems. This caused many areas to close off their top floors or shut down altogether. This is what caused the Cadillac Hotel to shut down the upper portion. This was their main hotel area. They would only have the lower or main floor open for the use of small businesses.

It was thirty years that the upper floors of the Cadillac Hotel would remain deserted. You could still find furniture, clothes, and half-made beds in the upper portion. You may even find personal belongings that were left behind. However, you would not find any people. It was this way until 2001 when another tragedy would strike.

February 26, 2001, is a day that everyone in Seattle will remember. A 6.8 magnitude earthquake almost killed the Cadillac Hotel. This earthquake was called the Nisqually Earthquake. The earthquake would cause much of the brick to topple over onto the sidewalk and other items on the sidewalk. The owner of the building was sure that the rest of the structure would soon be toppling over. That is why he would apply for a demolition permit on March ninth. However, many people believed that there was life left in the building and wanted to save it. Needless to say that the owner never got his demolishing permit. 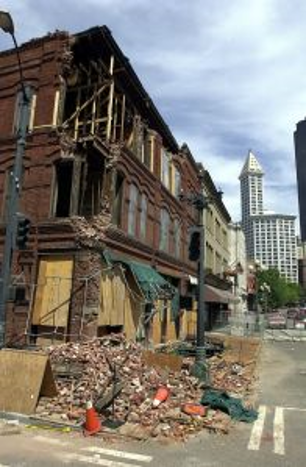 The heroes who had saved the building would be called Historic Seattle. They were an organization that would be founded in 1974. This was just after  Pioneer Square would be known as a historic district. This organization would get over two million dollars and purchase the Cadillac Hotel from the city to renovate and save it. They would evict the last resident, a popular nightclub, and restore the hotel.

The restoration projects started in the second half of 2001 and would be finished in 2005. The doors would open after the project was done. The building is now a museum and is not run by the city. The building is listed as a national park and is known as the smallest park. There is free admission, and when you enter, you will learn about a large portion of the city’s history.

This site is a permanent home for the Klondike Gold Rush Park. This is a historical park. The first floor and the ground floor of the building serve as exhibits that preserve and commemorate the Yukon Gold Fields and their stories.

The hotel has had the original wood restored and much of its original items restored. They also made it stronger in case of another earthquake. All codes were brought up-to-date. There is also a permanent exhibit that highlights the history of the hotel. You can find this inside the building, and you can learn all about the hardships and tragedies that occurred. 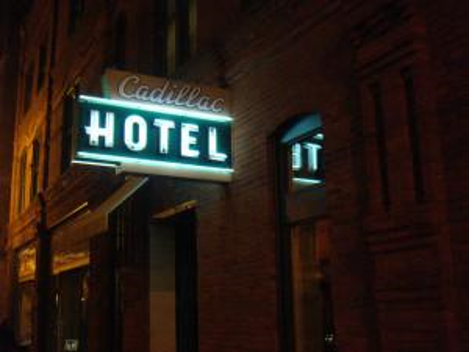 You can find the hotel standing strong today as a beautiful museum. However, there is a lot of history that follows this building. Inside this history is a few hauntings that are occurring. With a building this old, spirits are inevitable.

There are stories of apparitions that will wander around in the upper levels. Sometimes you can hear strange voices and sounds. If you enter the elevator, you may feel a little watched. However, this is nothing compared to the mother and her child.

It is said that you can hear a woman with her young child crying into the night. This is believed to be the single mother who had killed her child. She did this after being a resident of the hotel after being evicted from her house and falling on hard times. Another story around the cries states that this single mother was a prostitute, and she tried to perform her own abortion. However, she did not do it right, and she would bleed to death. No matter who the entity is, we know that her spirit is still with us even after the building’s remodeling.

The Cadillac Hotel has fallen on some hard times in its past. With many people coming and going plus fires, there is no wonder that spirits are still hanging around. When you visit the hotel today, you will find a transformed museum. However, you may also feel like you are being watched or that you see something. This is not unheard of as its past haunts the building. Taking the time to learn about the city’s history may have you learning a bit more about the history of the hotel and its guests. Take a visit for yourself and determine if you see or feel anything unusual while you are there.