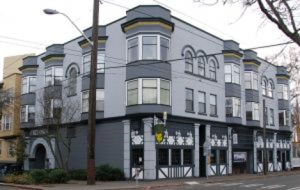 The Canterbury is a very old building that dates back to the earlier parts of the 1900s. The building has had many uses since it was first built. It was once a food shop and a cafe. However, today it can be found as the Canterbury Tavern. The Canterbury Tavern isn’t your ordinary tavern. This tavern has some strange stories. One story even includes a man who was killed inside the building in 1978. This is something we will talk about a little later on, however, it defines much of what the bar is today. While the bar is beautiful and open under new owners, that doesn’t stop the past from making itself known. There may be many new items in the bar, however, history cannot be erased and one man is here to let you know that.

People who used to visit the Canterbury regularly in the 70s may not even recognize the place as it is today. The Canterbury used to be a place where people would go for cheap beer. However, it went out of business and was bought by Neumos and Sam’s. The vision that this tavern had for the Canterbury was really ambitious. They had hired a respected chef to run the kitchen. The Canterbury would reopen and have a beautiful gastropub menu. It would have some classic recipes. People claim that this is the best bar food that they can find.

The Canterbury dialed back its menu and added more realistic bar food that could be served quickly. This includes sausages, burgers, and nachos. This satisfies many of the locals who visit regularly and the people who used to frequent the Canterbury before its expensive gourmet menu. This means that the bar is still trying to find its true identity. Their menu is not set and there are always new things added and items taken away.

The drinks menu is also confusing. You can find a three dollar can of beer and a fourteen dollar can of beer. You can get Red Bull and their cocktail menu looks like something from a nightclub. Needless to say, they have little work to do on their menu before they establish their identity.

With all that being said, it is a place to go if you want to step back in time. It is considered a medieval tavern. You can still find wood paneling on the walls and a fireplace inside the building as well. Not to mention the many mounted antlers on the walls as well.

It was in 2014 that the Canterbury had reopened. It had dark walnut on the walls and all over the building. They added vintage pool tables and a brand new giant bar. It also had many televisions. Even with all these new additions, it still stuck to its old ways and had their old armor suit and all the above hanging up still. While the Canterbury has been around for many years, it is starting a new era according to the new owners. The newest owners want to keep the history of the building and bar alive. 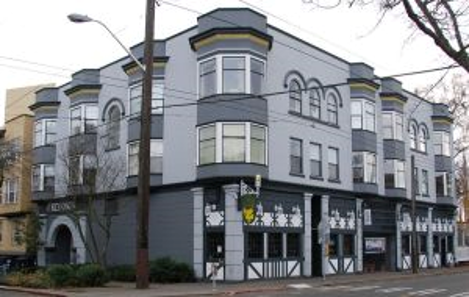 When you walk into the Canterbury today, you are walking back in time in a sense. The tavern doesn’t look modern at all. You can associate the looks with a medieval tavern compared to many of the modern pubs today. Before it was the Canterbury Tavern in 1972, it was several other things. It was known as the Capitol Hill Food Shop back in 1937 and Swift Cleaners in 37 as well. Plus, in 1968, it was known as the Gaslight Cafe. This is not all the buildings had been known for. Many other owners and businesses have passed through the building.

The building was well-known for being the Fredonia Apartments. These buildings were built back in 1978.

It was during this time that a man would be shot in the face during a bar fight. This is known as the mystery fight. It is called this because no one knows who started the fight or why it has started. However, everyone knows that a man was shot near the fireplace of the building. The man would eventually die in that same spot. 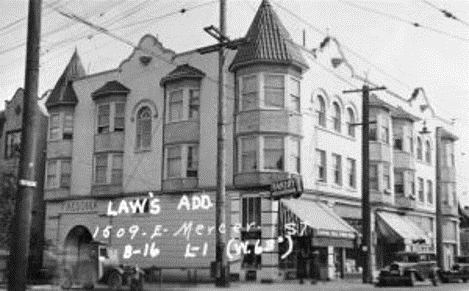 The man that was shot in the face during the bar fight has never really left the area. People say that they see him once in a while. He is often seen in a mirror that is located near the fireplace where he died. If you walk up to this mirror and look into it you will see a man pops up and he will be looking at the ground. However, this man is not in the bar even though his reflection states he is. People state that if you look at the man in the mirror long enough, he will look up at you slowly. This is the creepy part, the man looks up at you only to reveal he has no face. People believe this is the man who was shot in the face because of this reason. He is near the fireplace and he reveals himself with no face. He died a tragic death and he is not one to let go easily. He is not able to rest in peace and he still lurks in the building to this date.

There are a few other strange things that occur inside this building. I mean, it is only natural because the building dates back to the 1900s. One worker was closing the bar up and he turned off the jukebox as he always did. He went on to do his other duties and the jukebox would switch on. It did this on its own. However, the strangest part was the song that was playing. The song was by the Beatles and it was called The End.

Several people state they can see dark figures of a man who will wander through the bar over and over. However, when they walk up to this figure or try to talk to this person, it vanishes right there. This is not a figure that sticks around and once he is noticed, he is gone right away.

The last thing that was found in the building was located in the basement. People discovered that there was a large pentagram on the basement floor. It was drawn on and it cannot be taken off. The employees of the building state that this may be the reason behind all the strange things that occur in the bar. 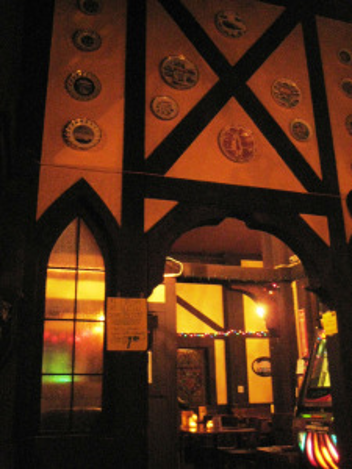 The tavern has a historic feel and even has a dark past. We now know that the past is still haunting this beautiful location, however, is the ghost really the man who was shot? Is the ghost looking for his killer or is this tavern dealing with something a little more sinister? We may never know. We do know that strange things are occurring and the pentagram is the icing on the cake.

Whether you believe in paranormal activity or not, this is definitely a place to go visit. If you are ever in Seattle, take a stop here and let us know if you see anything strange. Just be cautious when you go in because you might see some strange things happening. However, enjoy all the food you can and take in this historic building.

As the new owners state, it is a new time for Canterbury. They are trying to keep everything they can the same as the old one, however, they have updated the building just a little. They want you to walk in and see the historic part of the building. You should feel like the bar has never changed and that you can come in like you used to.