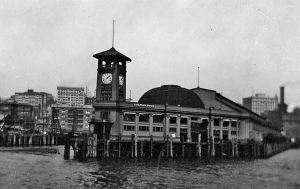 The building where the Owl N’Thistle pub is located dates way back to the 1930s. The building was first used as a cafeteria, however, not long after that, a Cajun restaurant took its place. It would not become the building that we know today until 1991. Even then, it would be under new ownership. However, when the new owners purchased the pub, they kept the name and design. This may seem like your normal everyday pub, however, there is a much deeper history than you would think.

A Look At the Coleman Building

The building in which the pub is located in the Colman building. This building was built by a man named James Colman. He built this in 1889. This building can be referred to as the Colman block as well. This is because it is located on the 800 blocks of the west side of the first avenue in the city between Columbia and Marion streets. The building’s history will begin with the plans before the Great Fire of 1889 occurred. There were many changes that occurred and major renovations. This building underwent many historic restorations. The latest was in 1980. It is still one of the best examples of Chicago-style block businesses that can be found in Seattle. The Colman family would own this building for three generations. The tenants of the building would have many different businesses throughout the years. Some tenants would have insurance businesses, marine services, and other services. There have even been consuls that would have their office in the Colman building. The building today has many different tenants. A barbershop that was founded in the 30s is still in the building. Plus, the Owl N’ Thistle is as well. 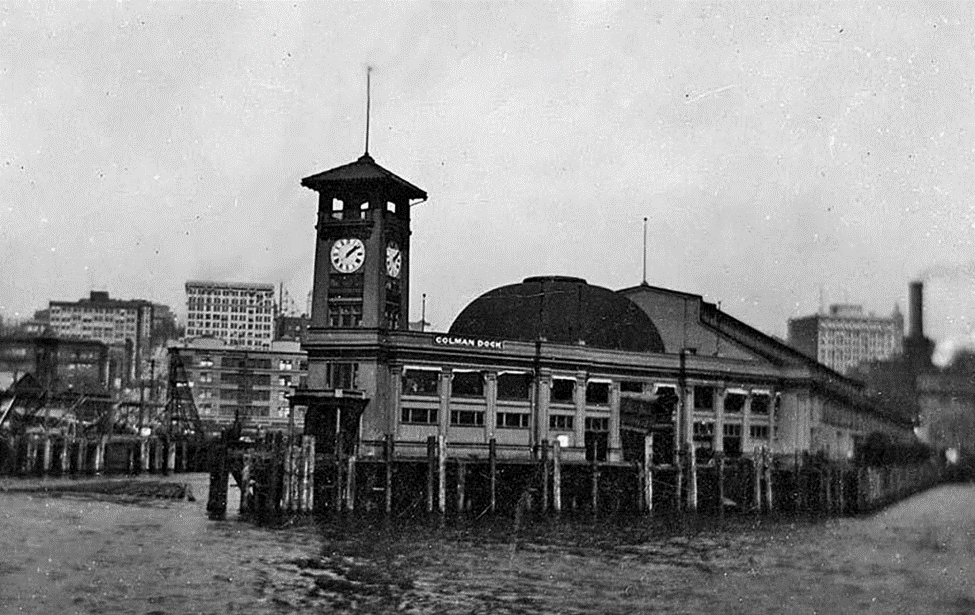 The building’s history starts with James and his wife. They had gotten married in 1858 and had moved to this area from Wisconsin. When they moved to Seattle, Colman had a job that would make him manage a large mill. While James was managing the mill, his wife was cooking for the people working at the mill. They would put all their earnings into their savings account. It was in 1868 that a fire had destroyed the mill and its investment. This meant they had not a single penny to their name. He had gone to another mill and made the owners a lot of money.

James was a businessman and engineer. James and his family have shaped Seattle into what it is today. He also began working in the downtown waterfront area.

He had built a dock and had started to purchase some property. He had obtained a ship that he wanted to salvage. However, this ship was buried under the foundation of what is known as Colman block.

The plans that had been constructed happened before the Great Fire of 1889. The plans were drawn up by a man named Elmer Fisher. This man had designed several other buildings in the area as well. You can find his renderings on display in the lobby of the Colman Building. His plans were never built.

The first building that was built was designed by a man named Stephen Meany. It had two floors and was located on Front Street. Three buildings had access to a basement. This building was built in 1889 and his covered with brick. It also has cast-iron columns. The building had grown quickly after the fire and would shelter other businesses until they could get back to their premises after the fire. One of the businesses that had to move into the Colman Building was Wells Fargo. They would continue their business in this building while the community was rebuilding after the huge fire. Many other businesses would come and go.

The building would be remodeled in 1904. People often believe that John Shand helped with the remodeling project. However, the major designer was August Tiedemann. He was a man from Norway and he had offices in the Colman building from 97-04.

It was in 1904 that they had transformed this small building. They would proceed to add four floors and even add arches above the windows of the original building. The original buildings that had two stories were removed and they would have a flat stone that would match the new upper floors. They would proceed to update the windows. These windows are referred to as Chicago-style. These windows would stay in the building until the city had made this a national landmark in 1988.

They would change the lower original levels as well. They would redo the flooring and add more decor. The retail shops that were located on the ground level would be eliminated. They would then add columned entrances to the building. If you look at a postcard about this area during this time you can see storefronts and offices. It was considered classical ornamentation after the remodel was finished.

It was in 1906  that the building would be finished. It was in the commission district and had six stories on a full block. James would die in 1906 and his sons would take over the business until their death. James’ wife would outlive her husband and her two sons. She would continue to run the building until her death in 1935.

This pub is part of the Colman Building. There is a lot of history behind the building and a lot of shops that have come and gone. This building that the Owl N’ Thistle is located in was once a cafeteria in 1930. It would be a cafeteria for a few years until a new owner purchased the space and turned it into a Cajun restaurant. It would continue to be a Cajun restaurant until 1991. The building was purchased by a new owner and it was turned into the Owl N’Thistle Pub. This pub had a lot of popularity and was great. Despite this, the owner had decided to sell the pub. A new owner had purchased the business and kept the name and business the same. Since then, the business has gone through several other owners and remained the same. Despite the new owners, not much has changed over the years. However, this pub has a little more of a dark side to it as well. That is why it is sold over and over… or so people believe. 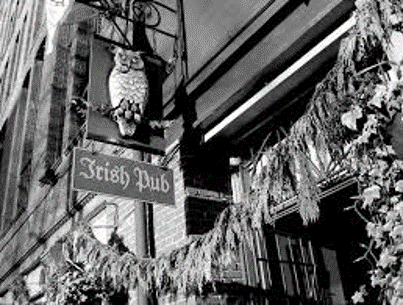 People believe that the bar has changed owners so many times because it is haunted. Yes, you read that right, haunted. People who work at the pub report seeing a ghost. This ghost is great at the piano. He will play the piano when there aren’t many people around. If the pub is full, you likely won’t see or hear him play the piano. Other workers state that they can feel something behind them when they are working at the bar. Most people brush this off as a cold draft, however, employees feel like someone is standing behind them while they are working.

This paranormal activity isn’t that surprising though. The building that houses the pub can be located right on top of the underground tunneling network. Keep in mind that these tunnels were used for all types of different reasons back when this was a shady area to be. Plus, almost every other bar that is located in the building or on the waterfront where the tunnel runs claims they have ghosts too!

Whether or not you believe in ghosts, it is worth a visit to this beautiful and historic building. Who knows, you might just be blessed with the sound of a beautiful piano playing.