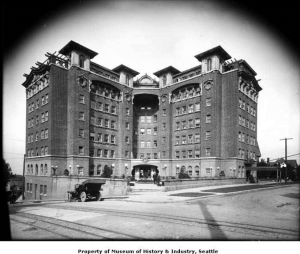 This is considered to be the most haunted place in Seattle and Washington! It opened in 1909 and it was designed weirdly. It looked creepy even back when it was first built. The design of the building would give people chills. Even with the creepy look, it would accommodate its many guests very well over the many years that it was open. With that being said, people also get a little more than they paid for. This would be a visit from Alice B. Toklas. 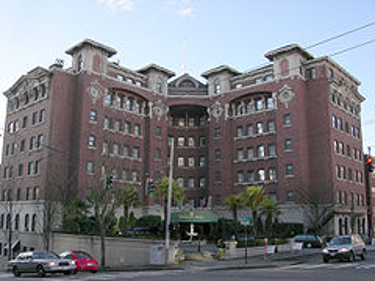 You may also hear the hotel called Hotel Sorrento. It is an Italian-Style hotel. Many people call it an Italian Oasis. You can find it near the First Hill neighborhood in Seattle. The hotel opened back in 1909. This would open just before the large Alaska-Yukon Exposition was held in the city. The hotel was developed by a clothier in Seattle. His name was Samuel Rosenberg. Even since its opening, the hotel would find itself in financial distress. It was in 1910 that Rosenberg had traded his hotel after many losses. He had traded it for an orchard that was 240-acres. It could be found in Rogue River Valley. Samuel would allow his sons, David and Harry to manage the orchard. They would sell pears that were prized at the time in baskets with the name David and Harry on it.

The hotel had many beautiful features such as Rookwood tiles and fireplaces. The hotel would then be purchased by the Malone family in the 80s and they would proceed to renovate the building. The hotel is still open to this day due to the renovations made. Over one hundred years later and it is still operational. However, there are a few additions that you may not know about. 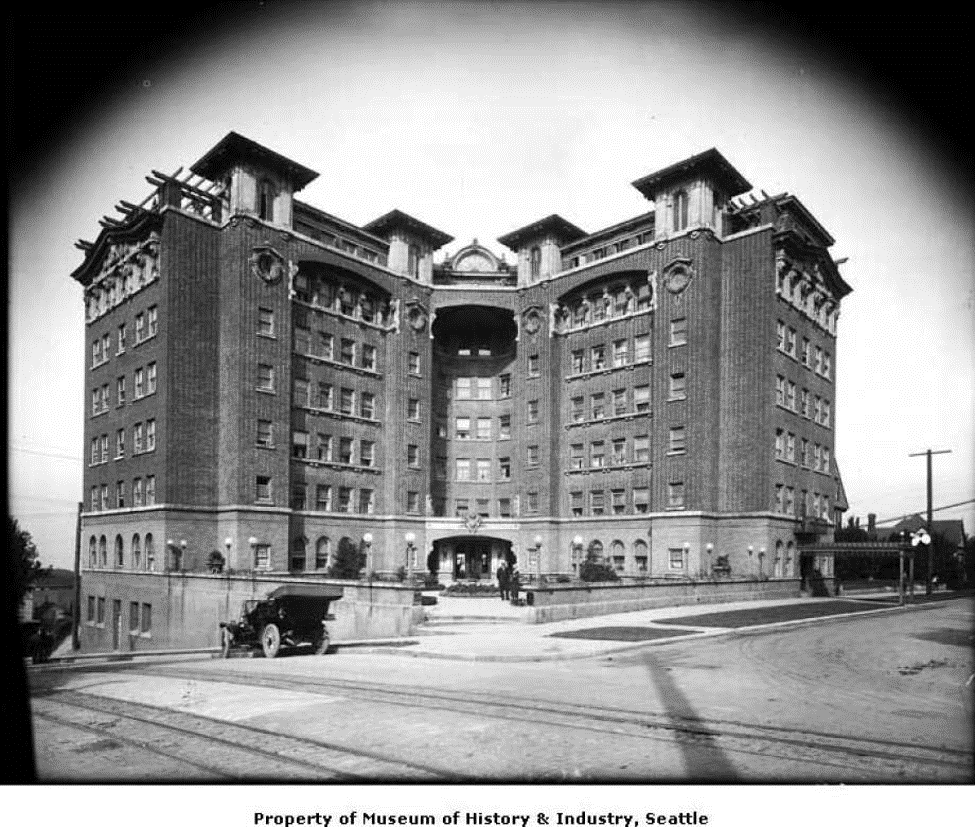 The hotel would put its first listing in the paper soon after it opened. The paper would list that the hotel was well-known for having beautiful views of both the shore and the city. The hotel would have listings in the February 7th paper of 1909. One listing was for the bridge party. This was arranged by Ms. Louise Landford. The party was to honor Ms. Ethel Amana who was visiting from California. The second listing was for Mrs. H.N. Richmond and Helen, her daughter. It was that they were returning from California and will stay at the hotel for winter.

It is said that the Richmonds would eat their meals in the Dunbar Room because their suite did not have a kitchen. In fact, none of the suites had kitchens.

It was in 1908 that the hotel had an illustration in the paper. It was an architectural drawing that was believed to be done by Harlan Thomas. This was the architect who designed the Sorrento Hotel. The caption would state that this location was a family hotel and great for tourists.

Norman J. Johnson had written an essay about Harlan Thomas. This article stated that he helped shape Seattle as it is today. The hotel was the first to have a rooftop restaurant. The hotel was also known for its beautiful arched windows and arched doorways. It also had wide eaves and a different hipped roof. Plus, pairing all that with the traditional Italian Renaissance, it was a huge hit with Seattle.  It would bring sophistication and allow for more residential accommodations for both visitors and locals. Like the hotel, Thomas was a treasure as well. He would become head of the Architectural Department.

The hotel has been through many remodels since it’s been open for over one hundred years. It would not touch landmark charms that make it what it was when it was first built. It would remodel in 1933. It is said that this remodel would only allow the exterior to remain the same.

The hotel has had many different appearances in the paper. It is a well-known hotel for almost everything, including paranormal activity.

Even while we know that the ghost is that of Alice, we do now know why she is haunting the hotel. She would be born in San Francisco in 1877. She would then move to Seattle in 1890 to study at the University of Washington. She was studying music. The family would reside close to the grounds of the hotel, however, the family would return back to San Francisco for over ten years before the hotel would open. She would not even die in the United States. She had died in Paris after being ill for many years.

Toklas was also a marijuana activist. She was the one who invented the weed brownie. It is unlikely that she had ever walked the halls while she was alive. However, with that being said, she still has a strong presence in the hotel. In fact, her presence is strong enough to land the hotel on the country’s thirteen most haunted hotels.

It is said that the hotel acknowledges Alice and they are fond of her. They had even hosted a dinner in 2018 that was in her honor. They would also use recipes that were in her cookbook. The dinner was served to the guest before they would receive a tour of the hotel. The tour would include sites where Toklas would frequent as well.

It is said that Toklas was a well-known member of the Parisian art community. She was also a partner of Gertrude Stein with whom she had made legendary pot brownies. Plus, she lived in Seattle in the twentieth century. While Alice is an art lover and she would study at the university, she would live on the block where the hotel is located. People believe that the hotel grounds were her stomping grounds. It is said that you can hear a piano playing in the Penthouse Suite often even if the room is not booked. 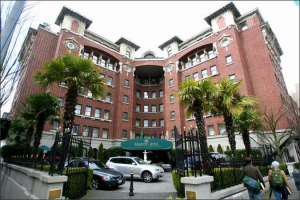 While no one really knows why Alice B. Toklas continues to stay at the hotel. The hotel has a rich history and is ready to accommodate anyone who enters. However, if you do enter, just note that you may see Toklas wandering the halls especially around room 408. This is nothing to be concerned about. She is just there to play a few jokes. She will often flicker lights and move drinks. However, we do not believe that she is causing or meaning to cause any harm. She may play the piano as well.

The hotel is an old hotel with a lot of history and it only makes sense that there is a strange activity. While we know that Alice likes to hang around the hotel, no one is sure that she ever even stayed here while she was living. This is just another mystery that Seattle has to figure out.

With all that being said, the hotel is still a beautiful hotel and will accommodate its guests accordingly. It is a great structure that holds a lot of history. When you walk inside it is almost like stepping back in time. Simply walking up to the building brings you back. With its Italian oasis style, you are sure to feel like you are back in the 1900s. If you have the time to stay at this hotel, take a look for yourself if you see Alice roaming the hallways. Let us know if you see her or hear her.