Top 10 Most Haunted Places in Washington 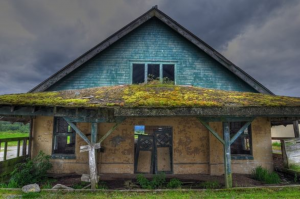 Washington State is an outdoor paradise for those who love it. Plus, it’s also a state that is lush, green, and mountainous. If you find yourself in Seattle, you might want to catch a fish at the famous Pike Place Market. If you like coffee, then don’t be shocked to see a Starbucks on every corner since it all started in the Emerald City. Whether you are in the city or in the more rural parts of Washington, there’s bound to be a haunted spot or two you may need to check out. We’ve been able to find ten of the best haunted places in the state of Washington that you really need to check out. Let’s get started on this ghostly adventure: 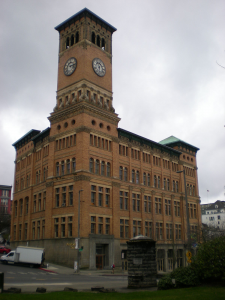 It might be worth noting that the police had been called to this location various times throughout the 1970s. Many passing through had called the police after seeing flickering lights randomly turning on and off. Each time the police had arrived, there had been no signs of forced entry or intrusion. In fact, there had been no intruder in any of the incidents. Not to mention, reports of fire alarms going off at odd hours of the day were often reported. Interestingly enough, there may be some paranormal activity and no one really knows why it’s happening. But if the building is still intact, you might as well check this place out for yourself. Just don’t go inside or you might be mistaken for an actual intruder by police. 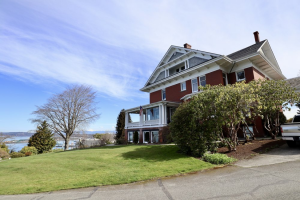 Located in Everett, this mansion was home to the Rucker family. They were responsible for incorporating the city north of Seattle and today still stands as a hustling and bustling suburb. It is said that the matriarch of the family died after jumping out of one of the top floor windows. But her spirit still remains where she might be playing a beautiful song on the piano. Today, it may be a private residence so it might not be wise to check it out unless it’s being used for anything other than someone’s living environment. 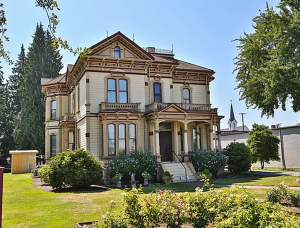 How many haunted mansions are there in Washington State, anyway? Your guess is as good as ours. But here’s another one located in Puyallup that belonged to Ezra and Eliza Meeker. Like the Rucker family, the Meekers were pioneers who were responsible for establishing the City of Puyallup. If you were to enter inside the house, you may encounter strong smells of perfume and maybe the spirit of Ezra Meeker himself. You may also encounter some phantom-like happenings inside the house where the spirits of Ezra and Eliza have resided for well over a hundred years. This place is never short of any suspicious and perhaps paranormal activity. 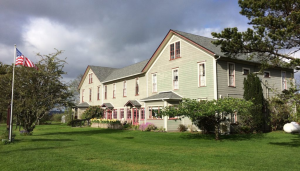 Like haunted mansions, there’s probably a haunted hotel in Washington State that has a story about how some spirit ended up there in the first place. One such guest that might have overstayed his welcome was a Chinese immigrant who went by the name of Charlie. Charlie met his untimely death when he was hiding in a spot behind the fireplace. The smoke seemed to overpower Charlie to the point where he died from suffocation. Today, the ghost of Charlie is relatively harmless and is usually seen on the grounds of the Tokeland Hotel. It’s located in the small seatown of Tokeland (which is southwest of Aberdeen). If you want to find a place that is haunted but off the beaten path, you can book a room here and probably see Charlie whenever you are out and about. 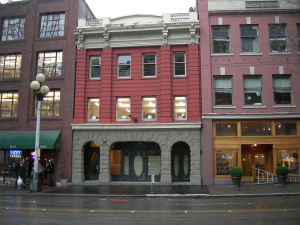 Today, the Butterworth Building is now Kells Irish Pub. Before that, it was a mortuary that had seen its share of dead bodies from various causes of death. Disease, violence, accidents, you name it. Since it was a mortuary, you might have heard the stories of bodies going unclaimed for many years. So it would be no surprise if you come across spirits that may come and go so quickly. Plus, the visions of shadowy figures will often come as no surprise to anyone who may have frequented this pub. 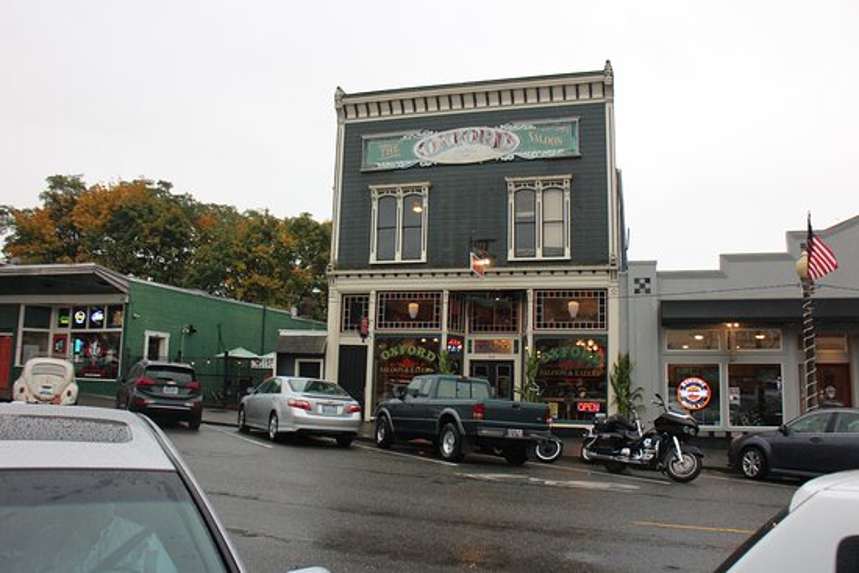 In the early years of Washington’s statehood, the Oxford Saloon became a place for not just dried goods but also a place where people came to drink and have a good time. Of course, it all came with the stories of violent fights and murders as well. Kind of sounds like something out of a Wild West movie, right? Over the years, the Oxford Saloon has seen quite a lot of paranormal activity. Patrons have reported seeing various shadowy figures moving around and even the spirit of a police officer hanging around in the bathroom. Some have even felt random cold spots in the women’s bathroom. If you want to grab a bite to eat or a drink, you might get a lot more than what you’ve bargained for during your visit to this Snohomish establishment. 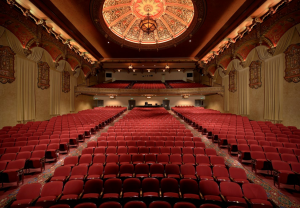 If you are in Bellingham and want to catch a show, the Mount Baker Theater might be the place to go. In fact, you might want to check the place out even if there isn’t anything going on (if you’re allowed in). Some have reported leaving the theater and feeling random cold spots along with seeing various light orbs. Others have reported a voice calling people’s names at complete random. It’s almost as if they were lost in the crowd looking for someone. If you want something that will leave your hair raising, you might want to take the opportunity to catch a show here. 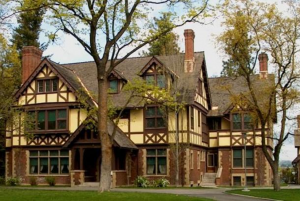 Now known as the Northwest Museum of Arts & Culture, the Campbell House has reported some paranormal activity that might be creepy to say the least. One such occurrence was someone looking at the portraits only to see the eyes move along with them. It was almost as if they were being watched. You thought this happened in horror films? Well, it might have happened in real life. This house was also the site of a triple murder of Amasa Campbell’s children. A fourth one was abducted and was never seen again. There is no doubt that the spirit of all of the Campbell children may be wandering the halls even today. 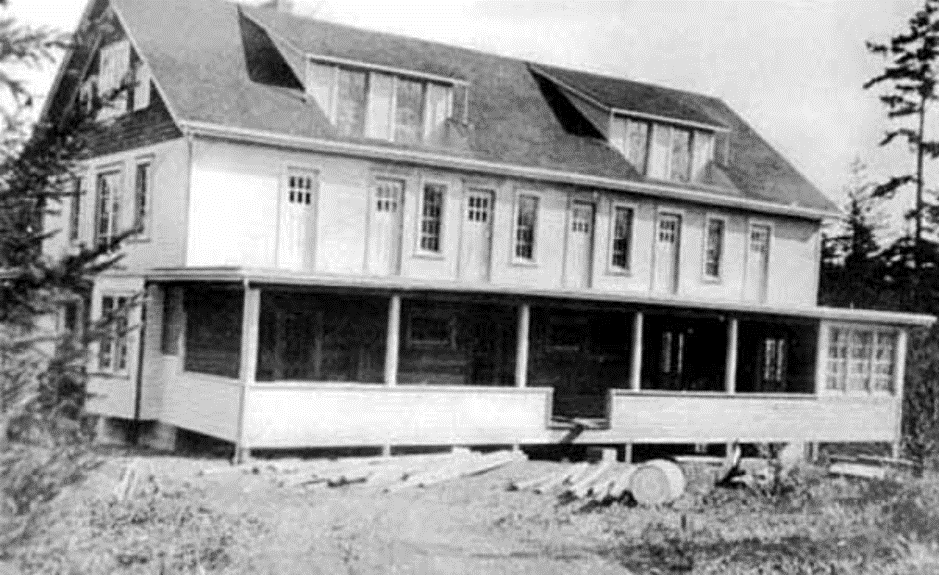 This was an old hospital designed for treating patients. And the treatment of the patients was anything but humane. The old Olalla medical facility was owned by Dr. Linda Hazzard and her husband. Dr. Hazzard believed that starving her patients would be a good treatment method. However, many of her patients had died under her care. While the public viewed her as a strong leader, the bodies of the dead were being burned in an effort to cover up the facility’s poor treatment of patients. Hazzard would later serve time in prison and lost her medical license. Though she opened a new facility as a “school of health”, it later burned down and was never rebuilt. It might seem like karma for someone who treated her patients so cruelly. While the crematorium and a couple of buildings still stand, there are several spirits that still wander the grounds today (along with the sounds of pained screams and moaning).

Southeast of Bellingham in the town of Sedro-Wooley, this psychiatric clinic was the site of well over 2,000 deaths. The causes ranged from hard labor and treatments gone horribly wrong. Imagine an electroshock treatment or a lobotomy going south pretty quickly. These happened almost frequently at the Northern State Mental Hospital. Considering the number of deaths that have occurred here, you’re almost guaranteed to feel or see some paranormal activity. One person who managed to gain access inside claimed to have seen the spirit of an old man in a wheelchair and a nurse right behind him pushing it along.