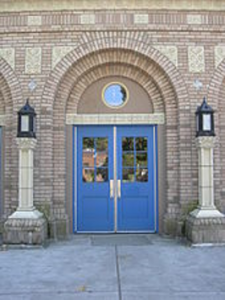 As of 2017, this building had been used for a school for a whole century. It is still operational to this day and still offers a great education for its students. The school has many different activities and sports. With that being said, the students that come and go through high school are going to tell you about a girl named Rose. Rose is a student that never gets to leave, graduate, or move on. Today the school is referred to as Westside. It is a public school in the West Side of Seattle. Students grades nine through twelve are allowed to attend here.

The school would first open in 1902. At this time it was called West Seattle School. It was in 1917 that the building that is currently there would open. The school would then be renamed West Seattle High School. At this time the mascot was that of an Indian Chief. The team would be known as the Indians. This was a controversial name and people would think about changing it several times. This topic came around in 1974, however, the mascot name would not be changed until 2002. In 2002, the Indians were now the Wildcats.

The building that currently stands is a neo-Renaissance building. This building would be designed on three and a half acres by Edgar Blair. There were several expansions after the building had been finished leaving it with eight and a half acres today. There were also additions and renovations that have occurred. This would include an expansion in 1924. This would happen due to Floyd Naramore. He was the school district architect. There would also be an annex in 1930 and another addition in 1954. The 1954 architects were Brady Johansen and Naramore Bains. Another addition would occur in 1958 by Those Damn. It wasn’t until 1972 that the school would go under serious renovations on the inside. It was during this time that the school would use portable classrooms. These classrooms were installed on the outside of the building. It wasn’t until 1981 that the building would be considered a landmark.

It was in 2000 that there would be a major renovation and remodel done. This would last two years and be done by Bassetti Architects. This would involve keeping and featuring the historic building while doubling the size of the school. The addition was made to allow a new entrance to the school and would bring a new gymnasium, common space, and theatre. The main entrance to the school would be restored and what was once the central auditorium was not a common area. The original gym would be converted into a library. This renovation and restoration would receive many different awards. 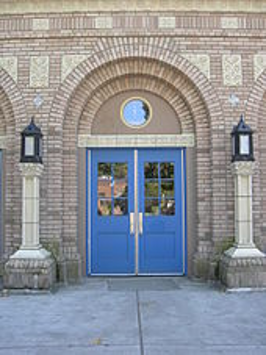 Alumni of West Seattle High School have gone on to do many great things. Plus, the notable alumni have gone on to do things that were never imaginable. One such alum is known as Gregory Johnson. He was an astronaut with NASA. This man would go out of the atmosphere to service the Hubble. This was the fifth and final mission to service the Hubble. There is also the Whitaker brothers. These brothers would climb the highest peaks on earth. Lou, one of the brothers has scaled Mount Rainier over a hundred times and is now a guide. His brother, Jim, was the first person in America to see Mount Everest’s peak.  Many other famous alumni have gone to other areas for their fame. This includes the National Football League, politics, and even Hollywood.

Today the mascot of the school is still a wildcat. Because of this, the colors are gold and navy blue. The principal is Brian Vance and the school is part of Seattle Public School district. It was established 103 years ago as a public school as well. It offers its services to those grades nine through twelve and has just over one thousand students. The school and buildings are considered a national landmark and are part of Seattle’s history. Even though many renovations and additions have taken place, it still holds many historic features. Much of the building still houses the original structure that was built one hundred years ago.

Keep in mind that when school hours are in progress that no one else is allowed inside the school for safety reasons. This never used to be the case, however, with the world today, this is a safety feature that all schools use. 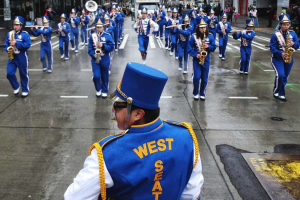 There have been many students in and out of this school since the beginning. However, with that being said, one student never left. That would be a young girl named Rose Higginbotham. She is said to have hung herself inside the school back in 1924. It is said that she roams the halls to this day. Some people even see her at the park next to the school. The park that Rose frequents is known as Olmstead Legacy Park. This park was built in 1911. It is said the Rose and many other students can be seen here either at sunset or sunrise if there is heavy fog or even overcast. Some even say that they see animal apparitions at the park as well.

It is said that Rose still roams the halls and you can see her to this day. People who attend school here have seen her numerous times. She is not said to be dangerous or anything to worry about. However, with all that being said, there is no record of a young woman hanging herself in school… Weird…

West Seattle High School or Westside is a school that has been teaching our youth for over a hundred years. There have been many successful people who come and go through the doors of the school. While the building may look a little different than it did in 1917, it still offers the same services. The goal of the school is to give our youth a fighting chance in the world through education. That is why the building has undergone several expansions to keep up with the needs of the city around them. Without these expansions, the school would be unable to accommodate the many children of Seattle.

The school offers many different programs and activities. Some of the activities are the same as when the school first started. There are athletic programs, science programs, and many other programs. This means that there is something for everyone to participate in. With this many years of operation under its belt, there is bound to be something tragic and some unusual activity.

That is where Rose comes in. She was a student of the high school back in 1924, however, she never got to graduate with her class or get her education. She would take her own life inside the school. That is why it is rumored that students today often see or feel her presence in the hall or at the park next to the school. Take a visit to the school, not during operational hours, and see for yourself if Rose is just another legend or if she is really there.